The Sustainability Consortium’s sole purpose is to enable all parts of the consumer goods sector to integrate sustainable practices throughout business strategy so that we all can have more sustainable products. You can be a TSC advocate simply by sharing our story! 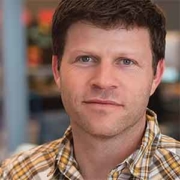 What was your original involvement in TSC?

I was involved in the early concept stage of how a company like Walmart could support and benefit from independent industry groups and the eventual launch and support of TSC.

At that point, what did you think the formation of TSC might do to the sustainability industry?

From the start, Walmart recognized that large-scale societal change requires different societal sectors playing to their strengths. TSC could support efforts across retailers and other industry sectors and better align future innovation and investment with business and eventual commercialization. The early view I recall was that TSC could play a role as part of the change a company such as Walmart was both capable of and interested in.

What was your first memory of TSC founder, Jon Johnson?

A passionate professor who cared deeply about his students and the future of the systems we depend upon. I recall him lecturing me about how the word “ impact” referred to a collision not positive social change—I have tried to avoid mis-using the word since. Jon was fearless, sharp and cares deeply in his work. I recall walking vacant property near XNA imagining future facilities for learning and collaboration, dreaming about what the role of business and society could look like 10 years from now. I also vividly recall Jon sending a single picture of his face with the initial $25k check right below, a big smile showing through.

What was your involvement in the original seed money that created TSC?

I helped organize the original money from the Walmart Foundation—it was a no brainer, but that doesn’t mean it was quick. When the check finally came through, I recall jumping in Doug McMillon’s Lexus hybrid to hand deliver the paper check to Jon at the launch of TSC in Fayetteville. Doug has always realized the importance in cross company collaboration and supporting organizations such as TSC.

What are you most excited about for the future of more sustainable goods?

A better picture of the full take, make and waste system we are all a apart of and thereby the ability to create a better more efficient model with more participation. That model could be less about material possessions, it could be about supply chains and efficiency or complex recipes of simple local ingredients. There are existing incentives for better industrial systems, we just lack the visibility to understand the cost of our decisions. I am currently focused on working with high quality brands to get more use out of the things we’ve already made through buy back and resale programs such as Patagonia’s Worn Wear. I don’t have to wait for better visibility to know that this model is far more effect and scale-able than the current consumer models.

Andy Ruben is the CEO & Founder of Yerdle Recommerce. Andy left his executive role at Walmart to start Yerdle and pursue his dream of building the next generation of retail. Yerdle partners with brands such as Patagonia, Eileen Fisher and REI providing the technology and logistics needed to buy back and resell their stuff. Previously, Andy led a number of transformational efforts at Walmart, including launching Walmart’s sustainability effort, re-imagining Walmart’s $20 Billion private brands business, and overseeing the company’s global eCommerce strategy. 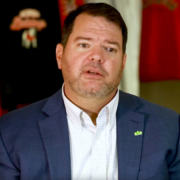 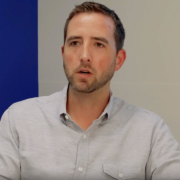 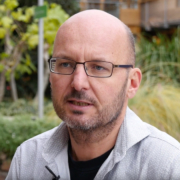 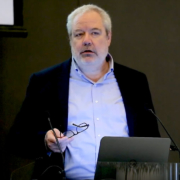